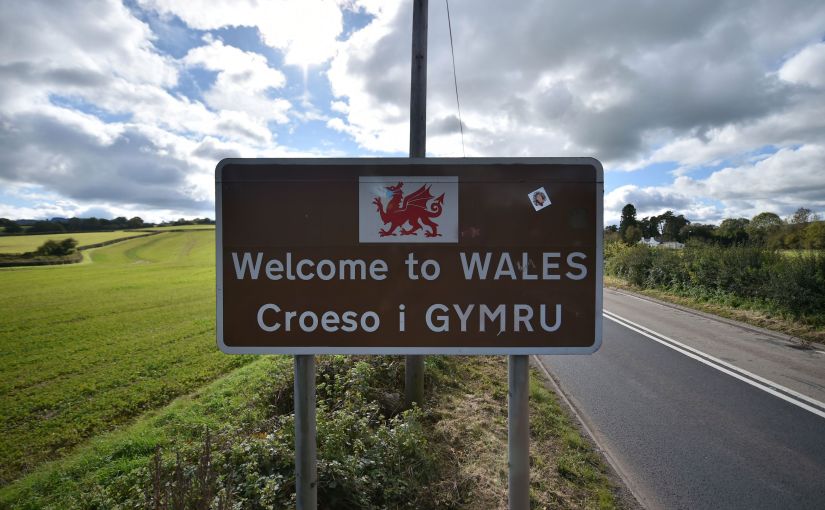 If Covid-19 has created a Blitz spirit among Britons, it’s not the spirit of stoic resilience you most commonly associate with that national struggle for survival. Rather, it is the Chief Warden Hodges, put-out-that-light tendency that seems to have prevailed. The pandemic has empowered all the country’s biggest idiots, and set them to work imposing arbitrary, irrational and superstitious restrictions on daily life.

This week, it looked as though the University of York would romp home by several lengths in the wacky ‘Rona rules races, with its unsatisfactory recommendation that in the event of fire, self-isolating students in its halls of residence should not rush precipitately outside, but spend a minute or two waiting in their rooms out of consideration to fellow residents.

It may be right that many students would prefer an agonising, fiery death to the risk of catching Coronavirus by excessive proximity in stairways or corridors. It may also be right that people in Wales prefer the complete devastation of their tourist economy and hospitality industry, to the remote risk of harm associated with welcoming Scousers on an autumn break. That, at any rate, is what the Welsh Government believes.

Here in Wales, it’s easy to find the country’s biggest idiots because they cut about wearing red rosettes and swanking the title ‘AS’, which is only one ‘S’ short of the truth. Their leader Mark Drakeford, who has now soared among the Welsh public to near-recognition as First Minister of Wales, decided on Wednesday to completely outdo York University by taking the measured and proportionate step of announcing his country closed to the English. This was in response to the perceived threat of Scouse, Brummie and other potentially contaminated English holidaymakers descending on Wales over half term, and spreading their Saxon lurgy over our pristine shores.

Welsh Covid-19 lockdown regulations already make it an offence for people resident elsewhere (including any part of England) to enter or, having entered, to remain in locked-down areas in Wales without reasonable excuse. By contrast, the Tier 1, 2 and 3 restrictions in England only limit or prohibit activities within areas subject to the restrictions; they don’t prevent people entering or leaving those areas.

This isn’t an accidental omission by English legislators; restrictions on movement between local authority areas are completely unenforceable. People often aren’t aware of what local authority area they live in, or where the boundaries lie. Millions upon millions of necessary journeys take place every day between local authority areas; many of these millions of trips will be between areas with different Covid alert levels. Expecting the police to intercept and question them all would leave little opportunity for them to do anything else; at a time when the problem of misgendering on Twitter has never been more urgent and serious, and David Starkey may already be plotting another interview.

There has similarly been no attempt by Welsh police forces to use roads policing, road blocks, ANPR or other similar means to enforce local lockdowns, and Drakeford must know (not least because Mark Bleasdale –Welsh lead of the Police Federation of England and Wales– has told him so) that the police don’t have the manpower to pull over English vehicles and interrogate their drivers: “On the face of it, this is unenforceable because of the difficulty of identifying where people are coming from and where they are going to. There will also be plenty of individuals travelling legitimately from areas which are not high risk.”

Even if Scousers and Brummies do choose to come to Wales for a half-term break, that is a manageable risk, and one people in mid and west Wales should be prepared to take. Instead of closing the country, Mark Drakeford and his Government should be working out ways for providers of holiday accommodation to test their guests, and setting down sensible guidance for visitors and the tourist sector to follow.

But Drakeford, for someone who hated being bullied by mean Welsh Nats when he was growing up in Carmarthenshire, is proving adept at mimicking their language when it suits him. If the Scousers and Brummies can’t be stopped on the Prince of Wales Bridge, enforcement will be devolved upon Wales’ emerging Gestapo of sneaks and grasses: “When they arrive in the far west of Wales,” the First Minister told Times Radio, “I’m afraid they will meet a local population that are fearful, that are anxious and are on the lookout for people who shouldn’t be in those areas.”

There are no border posts between Wales and England, and nor will there ever be. There is no-one, from any part of the United Kingdom, who shouldn’t be in Wales.

Quite apart from the immediate harm this prejudiced posturing will do to the tourism and hospitality industries in Wales –and they’re already on their knees– it is fuelling xenophobic strains of nationalism. The priority here isn’t public health. It’s to pick a meaningless fight with the Westminster Government, sideline Adam Price and his increasingly irrelevant party, and sway the Yes Cymru crowd towards Labour in advance of next year’s (scheduled) Senedd election.

The Welsh Government should be doing all it can to welcome visitors to Wales, and to keep them, and locals, safe. Instead, it has much the same plan for Coronavirus as the University of York has for fires: we waste time dithering inside our homes, while all around us the economy is burning down.

This article was originally published in The Pembrokeshire Herald.